What is the Wise-Anderson Protocol?

What is the Wise-Anderson Protocol?

The Wise-Anderson Protocol was developed mainly by Dr David Wise, who cured himself after 22 years of CP/CPPS using his relaxation and physical therapy technique. The technique developed over many years at Stanford University in conjunction with professor of urology, Rodney Anderson. Since then, thousands more men have been cured.

Please visit another thread in our forum for information about the Six day Comprehensive Pelvic Pain Intensive Clinics for the Wise-Anderson Treatment Protocol. Further explanation of this treatment protocol is found in the important recent book, “A Headache in the Pelvis“. If you are interested in this intensive program you can email Dr David Wise at [email protected] or call him at +1 (707) 874-2225. 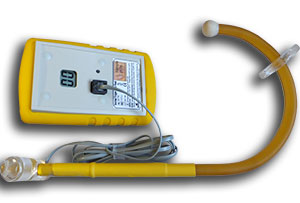 One patient’s experience with the Wise-Anderson Protocol follows:

Let me briefly recount my history. I got CP 1.5 years ago. I had a severe case of CP that grew worse with time. It was painful to the point of being disabling. I tried the traditional treatments, without success.

I went to see someone who suggested that my CP could be caused by pelvic muscle problems that are causing nerve damage. At that time, I would sit in a cramped position for 10 hours a day (computer programmer), then commute home in a rough motor vehicle every day, and apparently I had the unconscious habit of contracting my pelvic muscles out of stress (many people do this). Anyway, these factors combined put the pelvic muscles into nasty spasms, and this was in turn damaging the nerves in that area. This led to nasty nerve pain.

Anyway, with some physical therapy, biofeedback, relaxation exercises, and a stand at work (to avoid sitting), the problem rapidly improved. In the first month, the pain improved by over 60% (previously I’d had CP for 10 months without improvement). After the first month, the CP continued to improve gradually, so that I now rarely have pain of any kind (after 7 months).

I know I have said all this before on various forums, however I like to bring it up every 4 months or so to remind people that PT/biofeedback/lifestyle change can be a very effective treatment regimen. Dr Shoskes once stated that he believed there were high risk professions for CP — 2/3rds of his patients were computer professionals. What is common to computer professionals? Sitting in cramped positions for long periods without rest, and huge amounts of STRESS (leading to muscle tension). These two added together could mean involuntary muscle spasm, and nerve damage!!

If you have CP, then by all means, HAVE THE PELVIC MUSCULATURE EXAMINED BY A PHYSICAL THERAPIST FAMILIAR WITH THE WISE-ANDERSON PROTOCOL!! Obviously I’m not a doc and can’t give medical advice, however my experience with this treatment regimen has been very positive.

Nowadays, I often go a week or more without any symptoms of CP, and when symptoms do arise, they are very mild.
Tom


Based on the advice of Dr. Rodney Anderson at Stanford, I now routinely palpate the pelvic floor muscles before palpating the prostate. In some patients, the muscles are readily appreciated to be in spasm and pressure on them reproduces their pain. Dr. Anderson has stated, and I agree, that some patients who improve with “prostatic” massage are actually getting better because the have levator muscle spasm and the massage helps relieve that. — D. Shoskes

At the University of Washington researchers found that “men with chronic prostatitis/chronic pelvic pain syndrome (CP/CPPS) have more abnormal pelvic floor and abdominal muscular pathologic findings as compared with a group of men without pain.”
Why the Wise-Anderson Protocol?

Why not simply visit any old physical therapist? Why go to the Wise-Anderson Protocol clinics? Dr Wise commented


There are a handful of physical therapists who do some form of trigger point release in the United States. Physical therapy, by itself, however is an incomplete treatment as it does not address the habitual nature of the chronic tensing so characteristic of prostatitis and chronic pelvic pain syndromes. While I know of no one specializing in the relaxation of the pelvic floor component of our treatment, I offer a training course for the relaxation of the pelvis in the form of a recorded series of 30 lessons and consultation over the phone or internet.
D Wise

The treatment costs $3-4k (as of 2014), excluding travel and accommodation, for 6 days of treatment and training. This compares well to the cost of other medical treatments, such as surgery. Neurosurgeons, for instance, charge $12,000 for a ½ hour outpatient procedure and $24,000 for one hour procedure. For many men (and women), the Wise-Anderson clinic is worth every penny.
Please fill out your signature, click here for how to do it
Top
Post Reply
1 post • Page 1 of 1

Return to “FAQs and Facts”